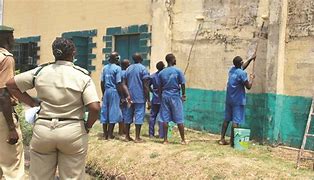 Many Kuje Prison Escapees Yet To Be Captured–FG

The Minister of Interior, Rauf Aregbesola, has revealed that although a few of the escaped Kuje prisoners have been recaptured with the help of the Police, many were still at large.

The minister said this at the fourth edition of the ‘President Muhammadu Buhari Administration Scorecard’ press conference, held at the National Press Center, in Abuja on Tuesday, which was moderated by the Minister for Information and Culture, Lai Mohammed.

Aregbesola, who was fielding questions from members of the press at the event, stated that while information regarding the investigation into the July 5 Kuje Prison attack could not be made public knowledge, findings had been submitted to the office of the President, Major General Muhammadu Buhari (retd.), for further action. He added that it would be difficult for any facility of the correctional service to be attacked.

“We have levels of investigation. We have concluded our own investigation in the ministry and the (correctional) service, and we have sent the outcome of that investigation to the President. It is a security matter; we do not disclose every security information. I’m not saying it loudly, because it is security.

“But all I’m going to say is this; with the police and other security agencies, we have captured some of the escapees, but a large number is still at large. What we are very confident about is that it will no longer be easy for anybody to violate our facilities.”

Meanwhile, in his presentation on the achievements of the ministry, Aregbesola revealed that the 3000-capacity Janguza custodial facility in Kano which had been under construction was at about 90% completion. He also commended the Nigeria Correctional Service for being one of the few correctional institutions in the world, to survive the Covid-19 pandemic without a single case of infection.

“Our custodial facility in Janguza Village, Kano, is at 90% completion now. But by January 2023, I will do a media tour, under the aegis of the Federal Ministry of Information. It is nice to see, I don’t think anything like it exists in any part of Africa, North, and South. It is an innovative addition to our upgrade of the Nigerian Custodial Facilities.

“I say this proudly, that our correctional service is one of the very few, we are one of the correctional services in the world, that did not record Covid-19 infection throughout the period and it goes to tell you the level of commitment, professionalism and  healthcare system that we have in our custodial facilities. You can blame us for several other things, not healthcare. We are proud to say our healthcare facility is one of the best, in the custodial centres.”

“There is no insurgent stronghold anywhere in Nigeria, that’s the biggest achievement in internal security. Most people conveniently overlook that. At the advent of this administration in 2015, local governments in numbers in Borno, Yobe, and Adamawa, were under insurgents, but today, there is no square inch of the Nigerian soil under the control of insurgents. It’s the biggest achievement of our administration in internal security. Yes, there are still challenges here and there, but tell me of any nation where there are no security challenges, none.”

Addressing the issues of passport production and prompt distribution, Aregbesola said local production of passports will begin before the end of the Buhari-led administration. On distribution, he said there is no way the passports could be issued in 24 hours, noting the necessary background checks would take weeks.

He however added that there were enough booklets to issue to those who had already applied for passports both in Nigeria and abroad and that the ministry had already issued 1.2 million passports.

On the activities of the Federal Fire Service, the minister noted that his administration had received a total capital expenditure budget of N23.3 billion naira, which was five times more than the service had received between its year of inception in 1901 and 2014.

He also stated that the civil defence, immigration, prisons, and fire service board, had promoted 18,000 officers and recruited a total of 33,425 officers since the administration took over in 2015.