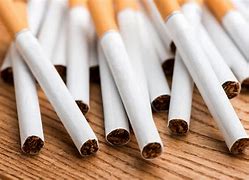 The Federal Government has increased tax on tobacco products including shisha by 30 per cent, a move to discourage consumption of the product.

The minister of state for Health, Dr. Olorunnimbe Mamora, disclosed the development at a ministerial press briefing in commemoration of 2022 World No Tobacco Day, theme: “Tobacco: a threat to our environment”, and the launching of Nigeria’s TCDI dashboard,  in Abuja.

“Also, Shisha is now taxed at the rate of ₦3,000 per litre and ₦1,000 per kilogramme and this will be increased yearly by ₦500. This pro health tax is an effective public health control measure against behavioural risk factors as it has the capacity to reduce demand and consumption of tobacco products.”

The Director of Technical Services, Federal Ministry of Finance, Fatima Hayatu had in April said in a meeting with the Civil Society Legislative Advocacy Centre (CISLAC) that the tax on tobacco may be raised by June.

Formerly,  the taxation on a cigarette stick of cigarettes was N2.90 kobo but has now been increased to N4.20 kobo.

Mamora said the new rates will prompt higher prices of tobacco as users would switch, expending their resources to healthy alternatives.

“It will also protect even babies, children and women as they are the topmost victims of second-hand smoke. I also urge citizens to report infringements on provisions of the National Tobacco Control Laws and Regulations to the Law Enforcement Agencies,” he said.

According to him, the ministry had commenced screening and issuance of operational license to qualified major tobacco businesses in Nigeria with the aim of profiling and monitoring tobacco industry activities across the country.