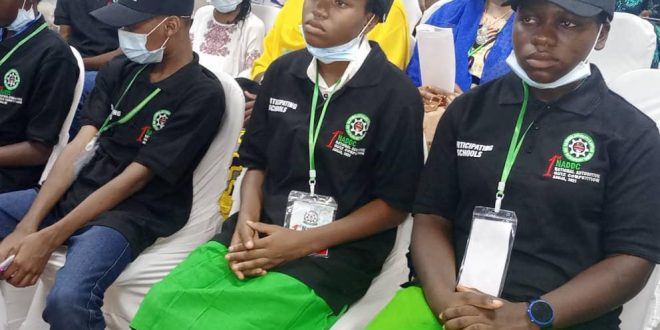 The National Automotive Design and Development Council (NADDC) has revealed that private companies invested N500billion into the Nigeria Automotive sector to set up assemble plants .

According to the Director General and Chief Executive Officer (CEO) , Jelani Aliyu who noted this at it 1st NADDC quiz competition 2021 in Abuja at the weekend said other things expected of the money is setting up of related factories for production and assembles of vehicles .

He said the Federal Government didn’t invest the money but the private companies as they have also started to assemble auto gas vehicles .

On the essence of the quiz competition, Jelani explained that they partnered with relevant authorities to get schools with the highest scores in the previous examination within the Federal Capital Territory (FCT).

He said their role is to help develop the automotive sector in terms of promotion of vehicles, transformation of Technology and skills upgrading.

“The earlier we engage and support young Nigerians in primary and secondary schools to further understand automotive world and technology, the better we make the good decision to go into that field and study automotive engineering or design management .

“We believe that this is crucial to begin to get the students thinking and read more about it and boost that type of learning in schools, so that they can choose a course in the automotive sector and add value to that industry and for the nation,” he said .

The schools that participated in the quiz competition are the Government Secondary School, Kuje , School of the Gifted, Gwagwalada, Pace Setters Academy and Faith Academy in Abuja .

One of the student , Sanusi Mohammed from GSS, Kuje lauded the NADDC for the competition adding that the competition has increased his knowledge in the automotive line of learning .

Previous FIRS Warns Foreign Firms, Airlines Against Tax Evasion
Next NOTICE OF PAYMENT OF N80,000 TO SURVIVAL FUND BENEFICIARIES A SCAM, NOT FROM US – FG