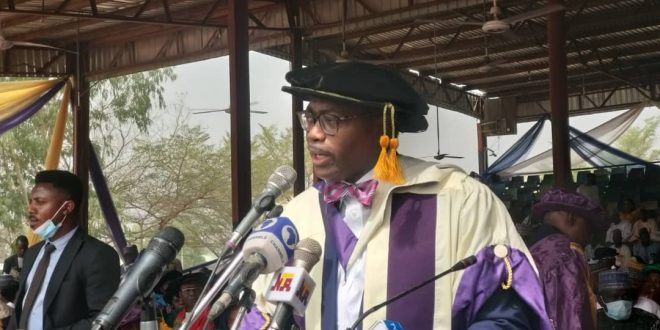 Adesina disclosed this in a document titled “Averting an African food crisis: The African Emergency Food Production Facility” which was obtained by our correspondent in Abuja, on Monday.

The AfDB President disclosed that within the next two years, the facility will allow farmers to produce 38 million additional tons of food – a 30 percent increase in local production – worth an estimated $12 billion. To facilitate even greater global investment in Africa’s agricultural sector, the facility will also support enhanced governance and policy reforms.

“From the onset, the African Development Bank realized the strategic need to tackle the devastating impact of the war on Africa’s food security. It was important to prevent unrest and even more human suffering. In May, the Bank established a $1.5 billion African Emergency Food Production Facility.

In less than 60 days, it put into action $1.13 billion-worth of programs under the facility, and across 24 African countries. Half a dozen more programs are expected to get underway by September as more governments apply to the facility.”

In May 2022, the African Development Bank Group’s Board of Directors on Friday approved a $1.5 billion facility to help African countries avert a looming food crisis.

With the disruption of food supplies arising from the Russia-Ukraine war, Africa now faces a shortage of at least 30 million metric tons of food, especially wheat, maize, and soybeans imported from both countries.

African farmers urgently need high-quality seeds and inputs before the planting season begins in May to immediately boost food supplies.

African Development Bank Group President Dr. Akinwumi Adesina said: “Food aid cannot feed Africa. Africa does not need bowls in hand. Africa needs seeds in the ground, and mechanical harvesters to harvest bountiful food produced locally. Africa will feed itself with pride for there is no dignity in begging for food”

The African Emergency Food Production Facility has benefited from stakeholder consultations, including those with fertilizer producers and separately with African Union agriculture and finance ministers earlier this month.

The price of wheat has soared in Africa by over 45% since the war in Ukraine began. Fertilizer prices have gone up by 300%, and the continent faces a fertilizer shortage of 2 million metric tons.

Many African countries have already seen price hikes in bread and other food items. If this deficit is not made up, food production in Africa will decline by at least 20% and the continent could lose over $11 billion in food production value.

The African Development Bank will provide fertilizer to smallholder farmers across Africa over the next four farming seasons, using its convening influence with major fertilizer manufacturers, loan guarantees, and other financial instruments.

The Facility will also create a platform to advocate for critical policy reforms to solve the structural issues that impede farmers from receiving modern inputs. This includes strengthening national institutions overseeing input markets.

The Facility has a structure for working with multilateral development partners. This will ensure rapid alignment and implementation, enhanced reach, and effective impact. It will increase technical preparedness and responsiveness.

In addition, it includes short, medium, and long-term measures to address both the urgent food crisis and the long-term sustainability and resilience of Africa’s food systems.