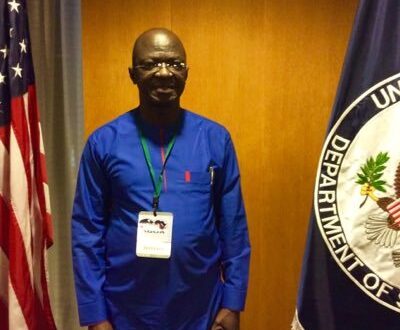 The Chairman of Toastmasters Communications Ltd, Mr Babajide Iletogun has been appointed as the Communications Consultant to the Mushroom Growers, Processors and Marketers Association of Nigeria

The appointment was conveyed in a letter signed by the National President of the Association, Chief Michael Awunor dated May 11, 2021.

Awunor in the letter said Iletogun’s appointment, which was done after due and wide consultations with different segments of the Association takes immediate effect,

Following the acceptance of the appointment, Iletogun will be joining the Local Organizing Committee (LOC) of the 1st National Mushroom Summit/Exhibition and Awards coming up between June 22 and 24, 2021.

The event is being organized by the Association in collaboration with 14 MDAS.

“Your membership of the LOC will be a great boost to our event and enhance participation,” the letter stated.

The Mushroom Growers, Processors and Marketers Association of Nigeria had said it is targeting to earn about ten percent of the global mushroom market which is estimated at $45.3bn as of the end of 2020.

The sector holds great potentials for the country in terms of wealth creation, poverty reduction and creation of jobs.

Iletogun, an indigene of Kogi State was born in 1959. He holds a Master of Public Administration degree; a Post-Graduate Diploma in Public Relations (Upper Credit) and a Bachelor of Arts(Hons) degree among others.

He has distinguished himself in so many areas winning the best students award at the Nigerian Institute of Journalism (1995); best student in Literature in English (1977); and the Chief Dayo Duyile’s Prize for the Best Student, Post-Graduate Public Relation’s Class-1995

He was also the Head of Public Relations National Biotechnology Development Agency(NABDA) and Special Assistant-Media/Permanent Secretary, Federal Ministry of Industry Trade and Investment.