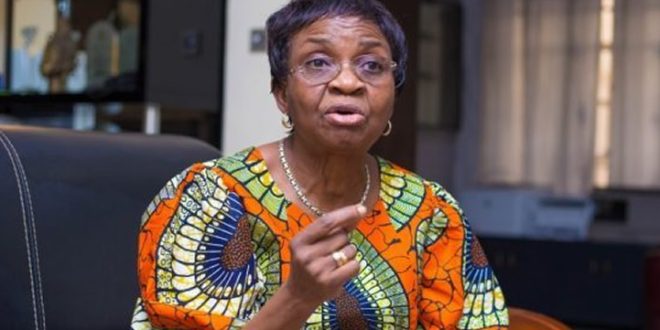 NAFDAC destroys tramadol, others worth N95bn

The National Agency for Food and Drug Administration and Control said it destroyed tramadol and unregistered pharmaceuticals worth N95bn.

The NAFDAC Director General, Prof Mojisola Adeyeye, who disclosed this at a press briefing on Monday said the destruction was done in December 2022 after four and half years of monitoring with the help of the government of Benin Republic.

The products were destroyed in Cotonou.

Adeyeye said, “Following an intelligence report from the Presidency, the Director-General of NAFDAC in August 2018 directed the Director of Ports Inspection Directorate, Prof Samson Adebayo on the intention of some unscrupulous importers to ship 31 containers of unregistered pharmaceutical products including tramadol 200mg and above from India. The containers were labelled building materials for bonded terminal.

“The Director, Ports Inspection Directorate, working with his Intelligence & Monitoring Unit commenced the surveillance and monitoring of the reported containers from the ports of loading to the successive ports where they were transloaded along the sea routes.

“The first approach was to collaborate with the Nigeria Customs Service. Eventually, twenty-one of the containers were discharged at the Apapa port in Lagos, Nigeria as manifested. One container couldn’t be tracked because of a missing container number. Out of the 21 containers, only two had building materials.

“However, as the importers of the containers became aware that NAFDAC was tracking and monitoring the containers on arrival at the Apapa port and intercepting them, they decided to change their strategy by diverting the remaining away from the Nigerian port. Four containers never got to Nigeria but were discharged at transhipment in Malaysia.”

According to the NAFDAC boss, one container was transferred to the Cotonou port in the Republic of Benin while the remaining four were initially diverted to the Tema Port in Ghana but later diverted to Cotonou having met resistance from Ghana Food and Drug Agency that NAFDAC already contacted for collaboration to stop the four containers.

“His successor, Olukayode Aluko never relented in his effort at ensuring that all these five containers are released to NAFDAC for destruction. Meanwhile, for the other 24 containers, some entities took the case to court in Benin that the containers should be brought back to Nigeria.

“This took about one year plus but Ambassador Aluko stayed on the case until the court made the judgment that the containers can be destroyed in Benin. Alas, the government of the Republic of Benin eventually agreed to engage with the Nigerian counterparts to carry out the destruction of these containers in Cotonou.

“A team of NAFDAC officers, including Investigation & Enforcement Directorate officers, led by the Director of Ports Inspection Directorate, Prof Adebayo, travelled to Cotonou where the destruction exercise of the five containers took place on December 21st and 22nd, 2022.

“This international landmark achievement, which had never been recorded in the history of the two countries and NAFDAC, did not come without the unflinching efforts of the staff of the Ports Inspection Directorate in Apapa and Seme Border,” she added.