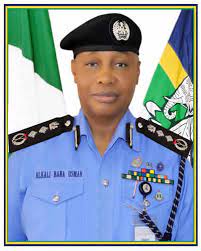 The Inspector General of Nigerian Police, Usman Baba, has said a technical and information technology based collaboration amongst the security agencies will boost the protection of lives and property in the country.

Baba stated when he inaugurated the Intelligence and Surveillance Centre in Ogbum-Nu-Abali Community in Port Harcourt on Monday, built by the Rivers State Government.

He said the centre would enhance the police capability to perform according to international best practices.

“This project is a main boost to my agenda of policing Nigeria in this contemporary times, which is in tandem with providing international best practices of using technology and ICT to police with ease,” Baba said.

While thanking the Rivers State Governor, Nyesom Wike, for the facility, he said that Port Harcourt, the state capital would be under surveillance and monitored within the control room of the centre.

Baba noted that the services to be accessed at the centre would be combined with the police Cyber Crime Unit to render improved policing to Nigerians.

The IGP said, “I want to assure you that the police will make use judiciously of this centre in collaboration with our cybercrime unit to tackle all forms of crime and criminality. We will do the needful to discharge our duty as expected.”

The centre, he noted, could also be opened to other security agencies, on the basis of collaboration, synergy and cooperation to achieve real time monitoring of crime incidences and apprehension of the culprits.

“You can sit and police Rivers by getting a live time incident report and you can also have the opportunity to send a team that is on standby at the station. Technology will make a lot of things easier. There is going to be 24/7 patrol because the whole of Port Harcourt will be under surveillance.

“I think this is the international practice we will encourage, and also appeal to other state governments and other stakeholders to repeat such project that will make human factor not an issue,” The IGP said.

While noting that insecurity was not the only problem confronting the country, he said the primary purpose of government itself was to provide safety to all.

Baba added, “When you can move around, that is the essence of security. Security is collaborative, it is synergy and it is cooperation.

“We have received all the support by the state government, and this centre can also be used by every other security agents in terms of providing safety to the people of Rivers State.

“It is an issue of all the security agencies getting the support, technically, technologically and ICT-based for us to perform our duties effectively.”

Wike also said the centre which has been handed over to the Nigeria Police would boost the efforts of the security agencies in crime fighting in the state.

Wike said the centre is fitted with the latest technology and it would help in improving the crime fighting capability of police officers and make the state safer.

He noted the need to creating a more conducive climate for people in the state to go about their various endeavours and encourage the business community to operate their investment with greater sense of security.

“Let me say clearly, this is our own contribution to making sure we have peace, fight insecurity and that those who do business and reside here sleep with their two eyes closed,” the governor said.

Governor Wike assured that another intelligence and surveillance centre would be built and donated to the police in the next six months.

He said together, the two centres would be part of the continued support of his administration towards strengthening the capability of the security agencies in their fight against criminality in the state