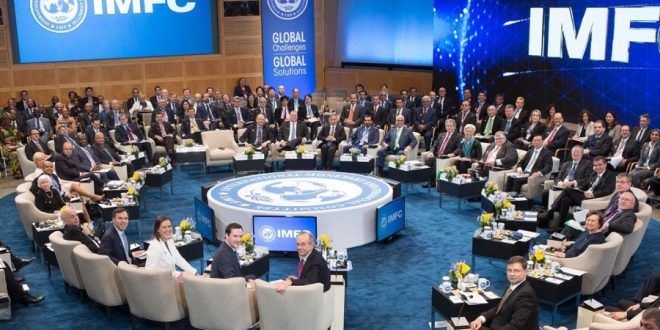 According to the report, financial conditions had tightened as central banks continued to hike interest rates. Amid the highly uncertain global environment, risks to financial stability had increased substantially.

The report partly read, “Financial vulnerabilities are elevated for governments, many with mounting debt, as well as nonbank financial institutions such as insurers, pension funds, hedge funds and mutual funds. Rising rates have added to stresses for entities with stretched balance sheets.

At the same time, the ease and speed with which assets can be traded at a given price has deteriorated across some key asset classes due to volatile interest rates and asset prices. This poor market liquidity, together with pre-existing vulnerabilities, could amplify any rapid, disorderly repricing of risk, were it to occur in the coming months.”

Last month, the Monetary Policy Committee of the Central Bank of Nigeria raised the benchmark interest rate from 14 to 15.5 per cent in order to tame the rising inflation rate.

This represented a 150-basis-point increase from the 14 per cent rate voted during the last MPC meeting in July.

It was also the third time in 2022 that the policy body of the apex bank had voted to raise benchmark interest rate.

In September, the World Bank Group had, in a report titled, “Risk of Global Recession in 2023 Rises Amid Simultaneous Rate Hikes,” warned that simultaneous rate hikes in response to increasing inflationary pressure might trigger a global recession and a string of financial crises.