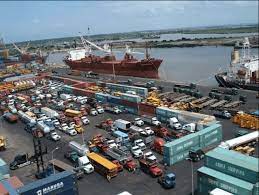 The National Bureau of Statistics on Monday disclosed that total foreign trade in Nigeria rose to N13.3 trillion in the third quarter of the year.

The figures were disclosed by the Statistician-General of the Federation, Simon Harry, during a press briefing on the Q3 Foreign Trade Report held in Abuja.

The latest figures show that Nigeria’s imports expenditure grew by N1.3 trillion from N6.95 trillion recorded in the second quarter of 2021.

The NBS noted that the rise in imports was driven majorly by an increase in the importation of commodities such as motor spirits (N1.1 trillion), Gas Oil (N225.6 billion), imported motorcycles and cycles and CKD valued at N116.3 billion from N94.7 billion, respectively.

He stated that crude oil dominated export trade in Q3, as total export of the commodity amounted to N4tn or 78.47 per cent of total export.