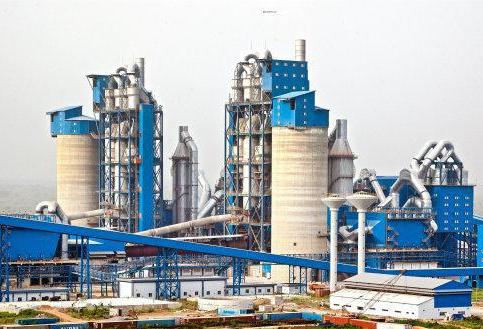 Dangote Cement Plc on Saturday posted a revenue of N761.4 billion in nine months ending September 30, 2020, indicating a 12 percent increase over revenues for the corresponding period in 2019, according to a statement by Michel Puchercos, group chief executive officer, Dangote cement.

The statement made available to the News Agency of Nigeria (NAN) in Lagos also announced sales totaling 19.21 million tonnes for the period which ended on Sept. 30, 2020 as against 18.02 million in 2019, showing a 6.6 per cent increase for the period.

Mr Puchercos, who expressed delight over the achievements of the company in terms of EBITDA and strongest third quarter volumes, said: “The Cement Group’s revenue went up by 12 per cent to N761.4 billion compared to N679.8 billion in 2019 with domestic operations accounting for N535.51 billion which compared to N467.88 billion up by 14.5 per cent. Pan-Africa operations contributed N232.61 indicating a 9.1 percent increase over N213.20 billion in 2019.

“Despite a challenging environment, Group volumes for the nine months were up by 6.6 per cent and group EBITDA was up 17.1 per cent, at a 46.6 per cent margin.

“This quarter has really shown the ability of Dangote Cement to meet the strong recovery of the cement market in Nigeria and Pan-Africa after a challenging Q2. In Nigeria, we have witnessed a strong appetite for real estate investment and the recovery of infrastructure spending, including more concrete roads.

“We continue to focus on our export strategy and are on track to ensure West and Central Africa become cement and clinker independent, with Nigeria as the main supply hub. Clinker exports have steadily been ramping up in Q3 after our maiden shipment in June 2020, whilst land exports have also resumed,” he said.

“In the period under consideration, Dangote Cement has exported 7 clinker vessels from Nigeria via the Apapa export terminal, while plans are on track to commission the Port Harcourt export terminal before the end of the year,” he added.

Mr Puchercos said: “Dangote Cement’s strategy to offer high quality products at competitive prices is meeting customers’ expectations in Nigeria and across the continent, where we continue to deploy excellent marketing initiatives and operational excellence.

“We remain committed to protecting our staff and communities by being fully compliant with health and safety measures in all our territories of operation. We are focused on adapting to the rapidly evolving markets in which we operate.

Analysis of the company’s unaudited results for the period indicated that Nigerian operations accounted for 11.92 million tonnes, an increase of 10.2 per cent compared to 10.82 million tonnes in the corresponding period in 2019.

Pan-Africa operations accounted for the balance of 7.47 million tonnes, an increase of 3.7 percent over the same period in 2019.

On quarter basis comparison, Nigerian sales volumes went up by 39.9 per cent in the third quarter driven by strong demand and pull effect of its Bag of Goodies Season 2 National Consumer Promotion.