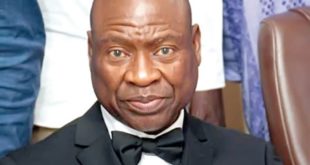 The Minister of Foreign Affairs, Godfrey Onyeama, says plans are underway to reduce the number of International Organisations Nigeria belongs to because of paucity of funds.

Mr Onyeama made this known while defending the ministry’s 2021 budget at the House of Representatives on Tuesday in Abuja.

He said that the ministry is faced with a challenge of meeting its contribution to those International organisations.

“We are owing a lot, and in the Federal Executive Council (FEC), there is a process to rationalise and cut down on the International Organisations we belong to.

“This is because we are just owing monies left and right and it is not even good for the image of the country,” he said.

Mr Onyeama, who decried the poor funding of the ministry, reeled out the challenges facing the 2021 budget implementation.

The minister said that one the challenges the ministry is facing is the movement of officers, ambassadors and their families.

He said that N1.6 billion is required for the movement of ambassadors while officers will require N3.7 billion, making a total of N5.3 billion for the whole movement.

The minister said in addition to what was received in the revised budget, the ministry will require an additional N1.1 billion in 2021 to meet the cost of movement.

He stressed the need to address the inadequate overhead budgetary provisions to the missions, which is resulting to a lot of debt for electricity and rent.

“Just on Monday, the ambassador in Hungary called to say they are going to throw them out from the chancery building. That the landlord is coming and that they do not have the money to pay.

“And we get that from a lot of missions across the world and that is not a sustainable way of running foreign service.

“Then this exchange rate differential with the CBN is really something we need to address once and for all.

“It is not so easy, all of these things are computed in naira and all the payments abroad are in dollars and once the exchange rate is changed, it never goes the other way, it always goes up, it never comes down visa vis the dollar. This means immediate shortfall for all our missions,” he said

The minister said that the ministry requires an additional capital allocation of N5 billion to address some of the missions’ renovation needs.

According to him, “a lot of our missions are eyesores and it is just a huge embarrassment to the country that we can have mission in such terrible conditions.”

Mr Onyeama said that between 2012 and 2014, the ministry owed local contractors N1.3 billion.

According to him, “we have been receiving letters from the National Assembly forwarding to us various claims and judgement and asking us to pay them.

“In the 2021 budget, about 1,312 officers will be expecting the payment of these allowances and if you take at the CBN official rate, we are looking at N1.2 billion.

“What we have available is N762 million for that, to able to pay the clothing allowances, we still need at additional sum of N500 million,” he said.

Mr Onyeama said that the ministry needs N225 million to pay premium for the insurance of the ministry’s head quarters.

According to him, that is based on an estimate of the value of the building at N12 billion which is a very rare conservative estimate of that building.

He said that the ministry needs N342 million for the building of infrastructure which bridge the ICT gap the ministry currently faces.

“It would be a one-stop shop for Nigerian businesses without going through all kinds of bottle necks. We want your consideration to allocate this amount into the envelope.

“Part of what will go for digitizing our missions and the 24-7 health desk that we need to have to keep in touch with Nigerians around the world.

“That will really transform the ministry and get us to do things we need to be doing and add economic values to the country,” he said.