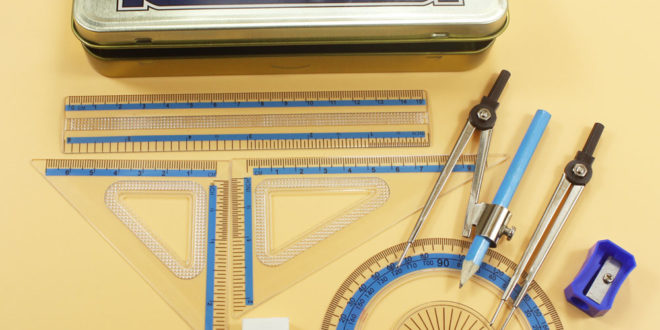 Ghanaian Parliament on Monday approved a US$3.214 million waiver of import duty and other levies on Kapek scientific mathematical instruments for use in West African Examinations Council (WAEC) examinations in the country.

The instruments are to be procured by M/S Bluegrass Group Limited.

Dr Mark Assibey-Yeboah, Chairman of Finance Committee and MP for New Juaben South Constituency, who presented the report to a plenary, said the Committee is of the view that request would go a long way to boost confidence in WAEC awarded certificates.

The request for the waiver was presented to the House on 23rd June 2020, by Deputy Minister of Finance Abena Osei Asare, on behalf of the Minister for Finance, and was subsequently referred by the Speaker for consideration and report.

The request stems from concerns expressed on rising wave of malpractices in public examinations, and further calls on educational institutions and examining bodies to find solutions to the malaise.

Consequently, according to the report, the “Ministry of Education in (MoE) in conjunction with the WAEC had discussions with the Chief Government Nominees of member countries concerning the menace and agreed that candidates are required to use only customized WAEC mathematical sets, in addition to an outright ban on wrist watches in the examination halls with effect from 2020 WAEC Examinations.”

According to the Finance Committee, the MoE sought for approval from the Public Procurement to use Single Source Tendering Method for the supply of Kapec Scientific Mathematic Instrument (SMI) by Messrs Bluegrass Group Limited, the local representative mandated to supply Kapeck SMI for the supply of 835,009 units, at an estimated cost of GH¢63.975 million.

As part of the Agreement, the Special Conditions of the Contract between the Ministry of Education and Messrs Bluegrass Group Limited exempts the supplier from the payment of taxes.

According to the Committee, the WAEC, in order to address the menace of examination malpractices, has resolved to supply students with prescribed mathematical sets, scientific calculators and time kits, “to prevent students from entering examination centres with foreign materials and unauthorized gadgets or instruments.

The Committee said it learned that the policy, being pursued by Nigeria WAEC, has helped to reduce examination malpractices in that country.

On the lifespan of the Kapek SMI, the Committee said it was informed that the sets would only be used during WAEC examinations, and as simple devices , it is expected that they would last for a very long time, and could be replaced when found to be unusable.

According to the report, the Kapek SMIs would be used in the upcoming WAEC examinations, and due to this “the Ministry would distribute some of the instruments to schools to enable students get acquainted to them.”

However, a former Deputy Minister of Education Mr Samuel Okudzeto Ablakwa, expressed concern that the instruments nay delay, and not make it possible for candidates who would be writing their examination in a few weeks to try their hands on them.

He asked that samples were provided to the House before the approval for the vote, and wondered why the cost is GH¢75.00 when those currently on the market are costing between GH¢5.00, GH¢7.00 and GH¢12.00.

Deputy Majority Chief Whip and MP for Trobu Constituency Moses Anim observed that role of education in the human capacity development, noting that examination malpractices reduce the credibility of assessing the outcome of teaching and learning.

He detailed strategies such as the installation of CCTVs, the use of biometric systems to verify the candidates and ban of the use of cellular devices by both candidates and invigilators as part of measures by WAEC in dealing with examination malpractices.

Deputy Minority Chief Whip and MP for Banda Ahmed Ibrahim said the House should have been given samples of instruments and the contract document made available to the Finance Committee before approval.

He advocated that GH¢75.00 mathematical instrument should be given to all final year students to test and rehearsed to ascertain which of them are faulty.

Majority Leader Osei Kyei-Mensah-Bonsu, supported the motion for the approval, but stressed on the need for the House to know unit cost of one mathematical instrument.

He explained that the sole sourcing was done because of time constraints.

Mr Kyei-Mensah-Bonsu stressed on the need for harnessing the country’s iron and steel industry at least to assemble mathematical sets for now, and work to develop the metals to get to the stage of manufacturing the instruments.

Today, Monday was the first day that the House added additional day of sitting for its meetings to cover the volume of work before it would rise in August, as at about 1300 hours, attendance at the plenary session was not encouraging.

The Ghana News Agency (GNA) counted only 30 out of the 275 member House, representing 10.9 per cent of the membership of the House. Twenty of the attendees were on the Majority Side and 10 at the Minority Side.