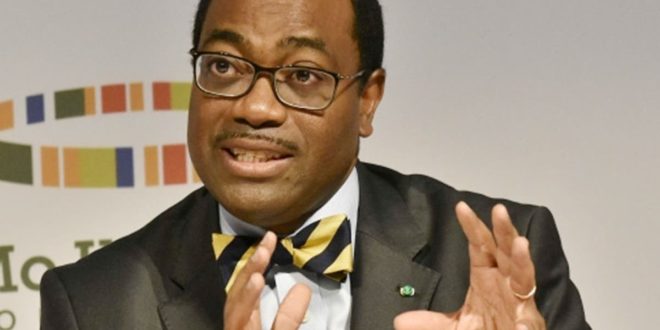 Nigeria versus USA: Will Adesina Triumph? 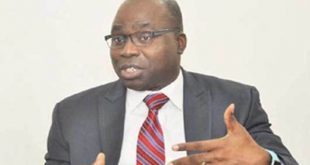 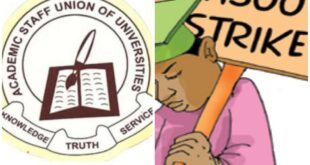 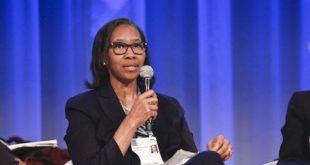 How AfDB Invests US$6.2bn to Improve Toilet Hygiene in Africa, By Wambui Gichuri

As time ticks slowly towards 31st August, the end of tenure of office for the beleaguered President of the Africa Development Bank, Dr Adesina Akinwumi, the rumpus at our continent’s apex bank on who becomes its next President from August 31st, 2020, has generated deep sentiments among its major shareholders.

The crux of the matter

The crux of the matter being whether its current President, the Nigeria-born Dr Adesina Akinwumi, who is seeking a re-election for another five-year mandate, must be allowed to continue in office, after a barrage of anonymous letters hit the Bank accusing him of various degrees of malpractices.

The 16-Point allegations of the whistle-blowers, in the guise of “concerned staff” of the Bank, charged Adesina of corruption, unethical conduct, private gain, an impediment to efficiency, preferential treatment, and involvement in political activities, including; unduly favouring Nigerians with appointments, promotions and contract awards and also lends too easily to Nigeria.

Interestingly, two of the allegations – favouritism towards Nigeria and Nigerians are at the epicenter of Dr Akinwumi’s current battle.

This litany of accusations led to an internal investigation by the Bank’s Ethics Committee which later exonerated Adesina of any wrongdoing.

However, the United States of America, a major shareholder of the Bank thinks otherwise, questioning the credibility of the investigation and the verdict, and thereby demanding an independent probe.
The Nigerian factor

However, from all indications Dr. Akinwumi is not shaken: “Thanks for helping me to get elected, and for your unflinching support for me over the years. Thanks for your public statement in my support after the Ethics Committee of the Bank finished its work, and exonerated me of all 16 allegations against me. I thank God who made me a Nigerian. I thank Him that I was born here, lived here, and want to die as a Nigerian. And on the day of resurrection, I will beg God to let me rise as a Nigerian’’, said Dr Akinwumi to President Buhari.

Then the Nigerian strongman, Buhari, responded: “I personally wrote to all African leaders, supporting your candidature. I recommended you, though you were a Minister of the People’s Democratic Party (PDP), and I was of the All Progressives Congress (APC), I didn’t because of that withhold support from you. I’ll remain consistent because no one has faulted the step I took on behalf of Nigeria.”

The two great Nigerians displayed raw love for country and each other on June 3, 2020, at the Nigeria Presidential palace in Abuja.

It is an indication that the world will witness an interesting ‘Nigeria-America’ showdown as the Americans pursue their alleged cynical agenda to oust Adesina from the AfDB presidency at the end of August this year.

“I decided to interrogate the Bank’s crisis because of my curiosity about the activities of global development finance actors and their role in Africa’s development. For over a decade, I played a couple of roles as Africa’s CSO delegate to many AfDB summits, and Annual and Spring meetings of the World Bank and IMF in Addis and Washington DC, respectively, including leading Africa’s CSO efforts in lobbying Executive Directors of the World Bank and other stakeholders to honour their declared commitments to the world’s poor.”

In essence, these controversies and stand-offs at AfDB are alien to the Bank’s leadership selection process and one wonders what would have been the motive, if there is any, behind the United States, the second largest shareholder of the Bank with 6.5 per cent shares, in scuffling the outcome of an internal investigation conducted by the Bank on allegations leveled against its president.

But the multi-million dollar question also is, who is clothed with the powers within the Bank’s internal policy mechanisms, laws and regulations to investigate an alleged crime?

Many people believe the Americans alleged failed plot against Adesina’s bid in April 2015, during the fierce race for the presidency of the Bank at the departure of Dr Donald Kaberuka, is what is resurrecting.

In 2015, it was clear that the only surviving global superpower and the largest non-regional shareholder, America, was against Adesina, but the latter won with 60 per cent of the total votes.

It is the considered view of many people that the feud influenced Adesina’s policy at the Bank ,which made him to allegedly ‘fail’ to manage his relations with the Bank’s second largest shareholder during his presidency.

According to his critics, Adesina pours a lot of the Bank’s money into Nigeria and South Africa to surge agriculture development at the expense of USA agriculture exports to these countries.

They also claim that Adesina’s regime lends the Bank’s funds too easily to private and Africa governments, to fund projects with minimal benefits to the people, except for the corrupt benefits of some few government ministers and their cohorts, while increasing sovereign debts in these countries. Appointments and promotions of Mr. Charles Lufumpa, Mrs. Chinelo Anohu-Amazu, Ms. Maria Mulundi, Victor Oladokun and Dr Martin Fregene also form part of the charges.

Technologies for African Agricultural Transformation (TAAT), the Bank’s initiative to scale agriculture technologies to farmers across Africa also came under the spotlight.

One of the TAAT projects is being implemented in Northern Ghana and Adesina, again is seen largely leaning more towards China.

All these allegations were flatly deflated by Adesina in a three-month hearing before the Ethics Committee of the Bank headed by Mr. Takuji Yano, a Japanese executive director charged with the responsibility of investigating the allegations.

Interestingly, Mr. Steven Mnuchin, USA Treasury Secretary filed a demand with the Board of Governors of the Bank for an independent probe.

These demands yielded results, since the Governors approved the request by Secretary Mnuchin. So Dr Adesina Akinwumi will undergo another investigation by a supposedly independent body.

What AfDB’s Board of Governors’ approval means is that Steven Dowd, a representative of America in AfDB, and a top USA agribusiness tycoon, who allegedly got angered by Adesina investing more in Africa’s agriculture has succeeded in putting fire under the feet of Adesina, a situation described as high corporate politics.

However, the large army of Adesina’s supporters is accusing Trump’s administration of trying to undermine not only Adesina, but the progress of Africa.

According to them, Adesina at the helm of affairs in Africa’s foremost financial powerbase has seen the Bank make several remarkable feats and unprecedented gains.

He strategically aligned the Bank’s priority to the AU’s agenda 2063, and initiated its ambitious ‘’High 5’’ – Light Up and Power Africa, Feed Africa, Industrialize Africa, Integrate Africa, and Improve the quality of Life of the People of Africa.

Adesina’s supporters believe that any attempt to deny him a second term will reverse the modest gains Africa chalked under his leadership at AfDB.

Most Adesina supporters wonder why a man of such immense track record, delivering the Bank to a gain of AAA ratings from all the four notable global rating agencies, and also credited with the Africa Investment Forum initiative, and increasing shareholders capital from US$93billion to US$208billion last year, could be axed with such frivolous, faceless and unsubstantiated allegations.

Only last year, all 55 African Heads of State and Governments including; some critical non-regional members of the Bank celebrated the myriad achievements of the Bank under Adesina’s stewardship, as the Bank was rated to be at par with the World Bank, and exceeded the world bank in some parameters.
Conclusion

In conclusion, will General Mahamadu Buhari’s raw display of love for Adesina at their June 3 Aso Rock meeting and the AU Executive Council’s unanimous February, 2020 declaration of support be sufficient to rescue Dr Adesina Akinwumi?

It is important to note that Adesina’s second term was supported by President Buhari, and the AU Executive Council before the request of Secretary Mnuchin for a new independent investigation by the AfDB Board of Governors.

Two interesting questions in the mind of this writer are: who will appoint the independent investigators?

What is the standard investigation procedure inherent in AfDB’s charter for investigating a senior management official accused of corruption and breach of code of conduct?

If the answer to the former is America, AU leaders should forget seeing Adesina back in Abidjan as head of AfDB after August 31st.

Again, if the AfDB Board of Governors had met the full requirements of the Bank’s Charter relative to regulations and laws to its composition of the Yano Committee, which produced a not guilty verdict on Adesina, then the Americans demand for an independent probe means its 6.5 per cent shares in AfDB gives it more power than Nigeria, which has 9.1 per cent shares.

Nigeria and AU must muster the courage and combine their influence to ensure a fair probe. I believe that not only will Dr Adesina Akinwumi emerge clean, but the renowned Takuji Yano, the Japanese man of integrity and his ethics committee will also emerge clean.

The writer is a development management specialist and Executive Chairman of Northern Ghana Aid (NOGAID Ghaa) in Tamale. He also sits on the Board of four private corporate entities.

Previous Nigeria Requires $37.8bn to Close Financing Gaps for Universal Social Protection—NLC says
Next Algeria Opts for Fiscal Discipline to Save $20bn in 2020