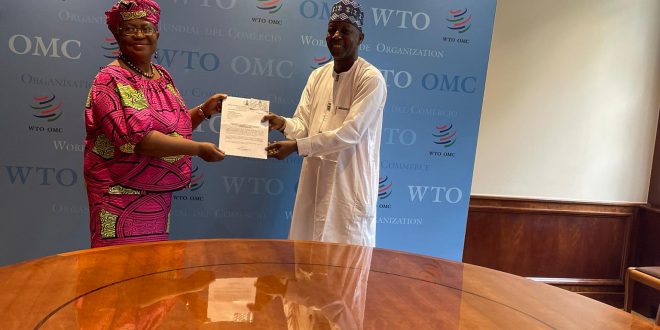 The submission of the letter, which held on Wednesday  at the WTO General Council meeting in Geneva, Switzerland, was attended by two other Ambassadors of Nigeria to UN and Consular issues in Bern.

President Muhammdu Buhari had few weeks ago approved the appointment of Abdulhamid, as the new Nigeria’s Ambassador to the World Trade Organization.

Adebayo had charged the new Ambassador to work together with Okonjo-Iweala, members of WTO and other International Organizations including the United Nations Conference on Trade and Development, International Trade Centre and World Intellectual Property Organization to move Nigeria’s trade to the next level in the global organization.