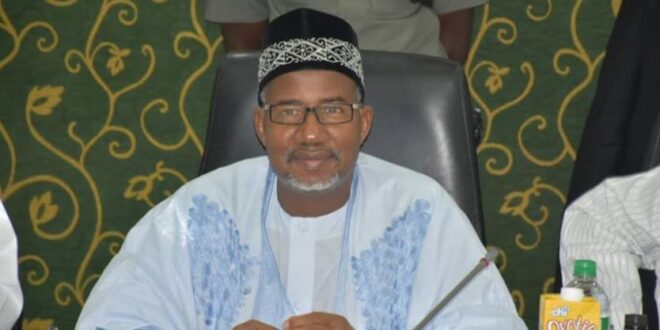 IGR: Bauchi to Set Up State Office for AfCFTA

In his bid to explore opportunities in the African Continental Free Trade Area (AfCFTA) Agreement to boost internally generated revenue, Governor Bala Mohammed of Bauchi State said the state will set up an agency on the AfCFTA.

The Governor made the disclosure on Thursday while playing host to the delegates of the National Action Committee on the AfCFTA (NA-AfCFTA) who were in the State as part of the nationwide sensitization tour.

He said: “I am directing the Commissioner of Commerce to set up a corresponding state body on AfCFTA that will partner with the National Action Committee on AfCFTA on this initiative that will benefit Bauchi state”.

Governor Mohammed added that Bauchi State is ready to partner with the Federal Government to enhance the lives of the people through the AfCFTA.

Highlighting the commodity export opportunities for the State, Chairman of the Committee and the Minister of Industry, Trade and Investment, Otunba Richard Adeniyi Adebayo, said: Bauchi is a major force to be reckoned with in the area of tourism, mining and agriculture. These are trade areas the state can explore within Africa”.

The Minister, who was represented by the Director of Trade in the Ministry, Aliyu Abubakar, noted that Bauchi State needs to have a state structure that will help drive the implementation of the AfCFTA in the state.

Speaking on the need for collaboration between the State and Federal Government towards maximising the benefit of the AfCFTA, Francis Anatogu, Secretary of the National Action Committee, noted that “We are now in the implementation phase. For us to get it right, we need to replicate what we have at the National level at subnational levels”.

“The AfCFTA is expected to deliver an integrated continental market of 1.27 billion consumers with an aggregate GDP of USD3.4 trillion. Nigeria constitutes a significant portion of these figures, largely spread across our states,” he said.

Nigeria signed the African Continental Free Trade Agreement in Niamey, Niger on 7 July 2019, to promote intra-African trade with other African countries. On November 11, 2020, the Federal Executive Council (FEC) approved the ratification of the agreement demonstrating Nigeria is on course to participate in trading under the AfCFTA. Trading under the AfCFTA commenced on January 1st 2021.