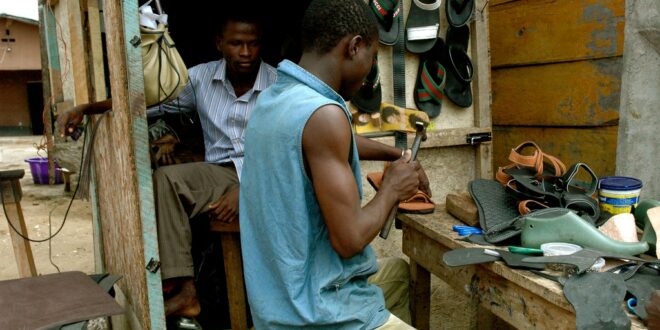 How Nigerian Entrepreneurs Can Benefit From AfCFTA–Presidency

The Federal Government has urged Nigerians to ensure improved quality of local produce to meet the demands of the international market, as well as address repatriation of exported goods.

It said Nigerians would benefit more from the African Continental Free Trade Agreement if the quality of produce meet international standards.

President Muhammadu Buhari had signed up to the Africa free trade agreement which aims to unite 1.3 billion people, creating a $3.4trn economic bloc.

Nigeria had in recent years suffered rejection of produce at international markets due to poor quality of produce.

Recall that in 2015, the European Union had banned the importation of Nigeria’s dried beans, on the ground that the produce contained high levels of pesticide considered dangerous to human health.

Unfortunately, till date, the ban has not been lifted as a result of a supposed “failure to implement the EU’s food safety action plan.”

Speaking on the development, the Senior Special Assistant to the President on Public sector matters, Francis Anatogu said that efforts are ongoing to engage relevant institutions on ways to address the issues affecting trading of local produce so as to reduce the number of rejections.

Anatogu, who was featured on TVC global business show said developing the Nigerian business environment was critical to the nation’s participation at the AfCFTA, adding that each state is encouraged to focus on producing a particular product that will meet international standards.

He said, “Essentially we have started engaging sectors, businesses, MDAs on what AfCFTA is about, what it seeks to achieve and the role of everyone to make sure that it succeeds.

“We have taken the message to the states, as the success of the program will be measured by the amount of jobs it creates and the growth in our export revenue.

“Efforts are ongoing to fix the issues in our markets such as quality, infrastructures and making sure that we reduce the number of rejects on our products due to not meeting standards.

“Also, creating the jobs at the grass root will make it more meaningful and the strategy is to galvanise all states, with focus on specific areas of production.”

He also explained that while trade has started under the AfCFTA, however it has not begun with the members of ECOWAS as three out of the 15 ECOWAS countries are yet to ratify the AfCFTA agreement.

“Officially, trade has commenced but at the ECOWAS level, we are still putting all arrangements in place to ensure that trading starts and the products that will be liberalised are being agreed on the ECOWAS level,” he added.

Speaking further, Anatogu said that the government is also aggregating small, medium enterprises to provide services for exports, adding that Nigeria can become a transportation hub in Africa.

While noting that produce such as leather, food products were already being exported to other countries, he said the tariff reduction will happen over a 10-year period.

He noted that there is a need to reduce the non-tariff barriers by getting the transportation, power system working efficiently.