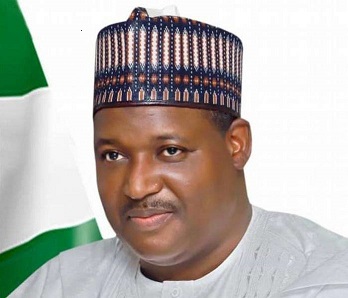 The Federal Government has commenced moves to address the challenges associated with taking advantage of the signed Trade and Investment Agreements by private sector stakeholders whom the Agreements were negotiated and signed for.

The Permanent Secretary in the Minister of Industry, Trade and Investment, Dr. Nasir Sani-Gwarzo said this during a sensitization workshop in Enugu.

He said the workshop would avail the ministry with the privilege to identify opportunities and challenges of those signed Trade Agreements.

Sani-Gwarzo said the essence of Nigeria entering into Trade Agreements with other countries is primarily to facilitate and develop trade relations on the basis of reciprocity, equality and mutual benefits.

The thrust of these Trade Agreements, according to the Permanent Secretary include the most favored nation treatment, expansion of volumes of trade, strict adherence to international rules and regulations on exports and imports, settlement of disputes, safeguard measures, among others.

He stated the agreements signed by the Federal Republic of Nigeria include to include Agreement Establishing the World Trade Organization (WTO); General System of Trade Preferences (GSTP); The Treaty Establishing the Economic Community of West African States (ECOWAS); and The US – Africa Growth and Opportunity Act (AGOA).

He said, “With the Global acknowledgment of Trade and Investment as veritable tools for poverty reduction and sustainable development, extending beyond the traditional boundaries of merchants and commerce; trade has become a unifying agent around the globe.

“It is also imperative to underscore that countries are increasingly focusing attention to the conduct of both domestic and international trade engagements through strengthening trade policies to deepen the quality and capacity to deliver on strategies objectives.

“Let me stress the fact that the task of transforming Nigeria into an industrial giant can best be achieved in cooperation with the private sector stakeholders.

“In this regard, my Ministry will welcome ideas, suggestions, proposals and initiatives from stakeholders on how to chart the path for sustained economic development.

“Such contributions would go a long way in shaping and assisting the Administration to evolve appropriate policies and strategies towards enhancing the industrialization of our dear country.”

In his address of welcome, the Director of Trade in the ministry Mr. A. M Abubakar said the sensitization workshop is a unique opportunity for renewed collaboration and engagement between the private and the public sector stakeholders to harness the benefits of some of these Agreements.

He said there is need to create synergy for the implementation, and awareness among the business communities who are the end users of the signed Agreements.

He said, “The present Administration underscores the role of the private sector as drivers of the economy, and the Federal Ministry of Industry, Trade and Investment has the statutory responsibility to recommend to the Federal Government policies and programmes that will improve business environment, create jobs, and alleviate poverty, as well as promoting industrialization.

“The Administration is committed to making Nigeria one of the most attractive places for doing business in spite the challenges confronting our nation.  I strongly believe that this sensitization workshop will achieve its desired objective of creating awareness on signed Trade Agreements between Nigeria and her trading partners among the private sector stakeholders.”