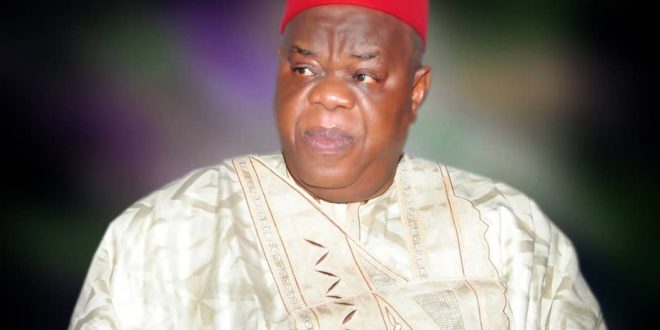 The National Mushroom Growers, Processors and Marketers Association of Nigeria has called on the Federal Government to provide basic infrastructure for mushroom farmers to boost revenue generation in the sub-sector.

This was contained in a communiqué issued at the end of the 1st National Mushroom Summit/Exhibition and Awards on Thursday in Abuja.

The summit was themed “Exploiting the Mushroom Value Chain for Nutrition, Medicine and Export” was organized by NMGPMAN alongside relevant stakeholders.

The communiqué read, “The summit agreed that mushroom though not nationally recognized given its rising global awareness for healthy foods made from mushroom, which are preferred substitutes for meat in protein, vitamin and minerals, there’s need for more sensitization due to its nutritional and health benefits.
“Consequent upon this, the following recommendations were made: Make mushroom business lucrative by providing basic infrastructure (power, rural road network, water and linkage to inputs source, etc);
Other recommendations suggested include encouraging innovation and develop appropriate/adaptable technology; strengthening incentives and subsidies to stakeholders in the mushroom industry, among others, the communiqué revealed.

The association also proposed the institutionalization of a National Mushroom day. Details of the communique is reproduced below:

The 1st National Mushroom Summit/Exhibition and Awards in Nigeria with the theme “Exploiting the Mushroom Value Chain for Nutrition, Medicine and Export” was organized by the National Mushroom Growers, Processors and Marketers Association of Nigeria in collaboration with relevant stakeholders.

2.      The summit was organized to create a platform for Government (Federal, States and Local Governments) players in the industry, Resource persons and Experts to exchange ideas, acquaint themselves with new technology and investment opportunities so as to create a road map for sustainable Development of mushroom sub-sector across the value chain, particularly increasing production, processing, consumption and creating awareness of nutritional benefits of mushroom and mushroom products in Nigeria.

5.      Six (6) Paper were presented covering the entire mushroom value chain – Production, Processing, Marketing/Distribution and Consumption based on Quality, Research and Development were discussed at the summit. The topics were:

6.      At the end of the 3 days event, the summit considered and resolved critical issues affecting sustainability of the mushroom industry in Nigeria. Recommendations were accordingly made on the way forward.

7.      The summit agreed that the attainment and sustainability of mushroom production economy is dependent on the management of demand and supply, awareness of the mushroom and its products as well as improving the living standard of mushroom producers. The participants noted that the mushroom industry is ailing in awareness of its health benefits, marketing, consumption and research which summed up that the entire value chain needs Government intervention.

8.      The stakeholders noted various challenges that hinder the output of Mushroom produced which include inconsistency in Government policies, inadequate funding of Research and Development, absence of structured and viable mushroom stakeholder groups, lack of synergy between Research institutions and Farmers, problem of identifying the right sector players, lack of synergy among the key regulatory and quality control agencies, stringent measures for accessing finance for players in the industry, industrial infrastructure deficit, low and inadequate capacity and technical know-how of the farmers, lack of awareness of Good Agricultural Practices (GAP), poor post-harvest handling and packaging, inadequate agricultural extension services, operational inefficiency, among others.

9.      The summit also agreed that there are tremendous prospects and opportunities in the Mushroom industry which include availability of vast arable land, increase in the export of mushroom especially with emerging markets in Eastern Europe and Asia with annual consumption of 12.74 MT (Million Tons) of mushroom across the globe and its projected to reach 20.84 MT (Million Ton) by 2026, gradual increase in consumption of mushroom and its by-products in producing countries, increased awareness of the health benefits of mushroom consumption, and high prospect of exportation of mushroom and its products produced in Nigeria.

10.    The summit agreed that mushroom though not nationally recognized given its rising global awareness for healthy foods made from mushroom, which are preferred substitutes for meat in protein, vitamin and minerals, there’s need for more sensitization due to its nutritional and health benefits.

11.    Consequent upon this, the following recommendations were made: