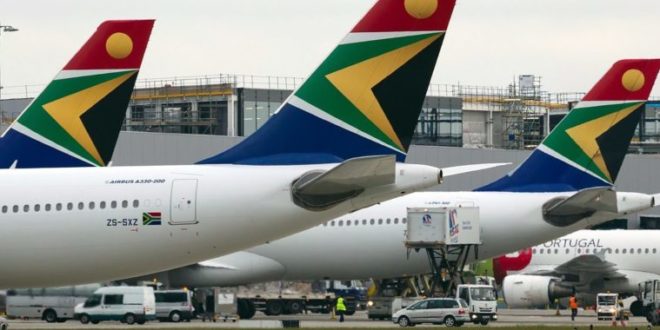 About 2,700 workers at South African Airways will lose their jobs under a voluntary severance package agreed with the workers’ unions.

The information was recently reported by the South African public enterprises department, which stressed that the SAA Pilots Association did not give a clear stance about the deal.

The deal however includes a social plan and a skill development program to be deployed over 12 months for those who lost their jobs. In total, severance payments are estimated to be about R2.277 billion ($134 million). According to the figures provided, the pilot association accounts for most of the total downsizing costs, with R1.96 billion ($70.4 million) in severance payments.

According to a projected assessment by rescue practitioners, South African Airways is expected to lose over $349 million over the next three years following the implementation of this recovery plan. According to the plan, the fleet would be reduced to 6 aircraft between July 2020 and February 2021, with a workforce of 1,000 employees. It would then be increased to 19 narrow-body aircraft for the next nine months, and then 7 wide-bodied A350-900s would enter into service starting in December 2021 to form a total fleet of 26. By then, the workforce would increase to 2,900 employees.

“The department believes that the VSPs [voluntary severance packages] and a positive vote to finalize the business rescue process would be the most expeditious option for the national carrier to restructure its affairs, its business, debts and other liabilities, resulting in the emergence of a new viable, sustainable, competitive airline that provides integrated domestic, regional and international flight services,” the statement said.