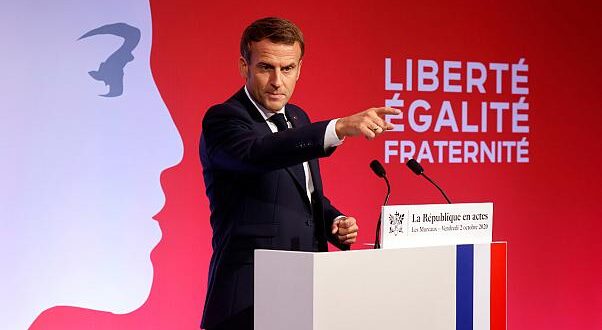 “Our hearts are with the people of France. America stands with our oldest Ally in this fight,” Trump tweeted. “These Radical Islamic terrorist attacks must stop immediately. No country, France or otherwise can long put up with it!”

One of the first to condemn was Turkey, embroiled in a row with France over the publication of cartoons of the Prophet Mohammed that have triggered a wave of attacks against French people.

“We strongly condemn the attack committed today inside the Notre-Dame church in Nice,” a Turkish foreign ministry statement said.

It expressed solidarity with France, and offered condolences to relatives of the three people killed in the attack.

Elsewhere in the Middle East, Arab and Islamic leaders drew a clear distinction between their religion and violent acts that claimed to defend it.

Egypt’s foreign ministry said it “stands as a government and people with… France in combating this hateful incident”.

Qatar voiced strong condemnation and reiterated its rejection of violence and terrorism, especially against places of worship and regardless of the motives.

Lebanese prime minister-designate Saad Hariri urged Muslims “to reject this criminal act that has nothing to do with Islam or the Prophet”.

Australian Prime Minister Scott Morrison slammed the killing as “an attack on liberty. When we think of France, we think of liberty. And we stand with the people of France.”

European Union leaders quickly expressed solidarity with France, and pledged to confront “those that seek to incite and spread hatred”.

“I condemn the odious and brutal attack that has just taken place in Nice and I am with France with all my heart,” European Commission president Ursula von der Leyen tweeted.

“We will remain united and determined in the face of barbarity and fanaticism.”

German Chancellor Angela Merkel was “deeply shaken by the brutal murders” and said “my thoughts are with the relatives of those murdered and injured. Germany stands with France at this difficult time.”

In a statement issued later by EU Council chief Charles Michel, the 27 leaders expressed solidarity with France but made no reference to the controversy over cartoons mocking the Prophet Mohammed.