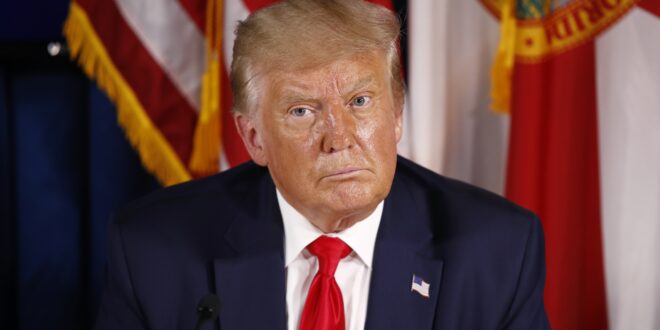 “Even though I totally disagree with the outcome of the election, and the facts bear me out, nevertheless there will be an orderly transition on January 20.

“I have always said we would continue our fight to ensure that only legal votes were counted. While this represents the end of the greatest first term in presidential history, it’s only the beginning of our fight to Make America Great Again.”

The House of Representatives on Thursday morning rejected an objection to the electoral votes of Pennsylvania, after earlier voting to throw out a similar objection for Arizona.

It comes after outgoing president Donald Trump falsely insisted the election was marred by fraud and that he actually won.

He reiterated those claims in remarks to thousands of protesters outside the White House early on Wednesday and goaded them to march to the Capitol, which many of them did.

Four people died on the US Capitol grounds during the mayhem, while 52 others were arrested.

The storming of Capitol Hill prompted calls by some politicians to remove Mr Trump from office using the 25th Amendment of the US Constitution before president-elect Mr Biden is sworn in on 20 January.

Twitter also suspended Mr Trump’s account for 12 hours and threatened to ban him after he posted several tweets that were flagged for inciting violence, including calling rioters “great patriots”.