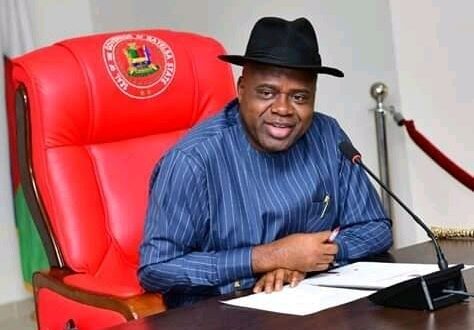 The election was nullified based on a petition by the Advanced Nigeria Democratic Party, which argued that it was unlawfully excluded from participating in the election.

The tribunal ruling can, however, still be challenged at the appeal court.

More details on the tribunal’s Monday ruling will be provided in subsequent updates.

In a unanimous decision on Saturday, a three-member panel of the tribunal dismissed three petitions challenging Mr Diri’s victory.

The judge, S.M. Owoduni, who read the lead judgment of the tribunal held that the petition filed by AD and its candidate, Owei Woniwei, is incompetent and lacks merit.

The second petition filed by Ibiene Stephen and his party, UPC and the one filed by the candidate of the Liberation Movement (LM), Vijah Opuama, were also dismissed.

Mr Opuama had filed his petition to challenge the declaration Messrs Diri and Ewhrudjakpo as governor and deputy.

He also alleged that Mr Ewhrudjakpo submitted forged exemption certificate and documents that contain false information to INEC. He is asking the tribunal to cancel the election and order a fresh poll.