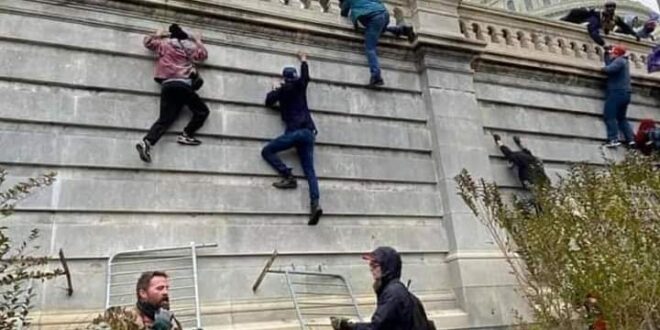 EU officials expressed shock at the “assault on US democracy” witnessed by the storming of the US Congress on Wednesday by thousands of supporters of outgoing President Donald Trump.

“In the eyes of the world, American democracy tonight appears under siege,” the European Union’s foreign policy supremo Josep Borrell said, in a separate tweet.

“This is an unseen assault on US democracy, its institutions and the rule of law. This is not America. The election results of 3 November must be fully respected,” Borrell said, referring to the US presidential election that saw Trump beaten by Joe Biden.

Borrell commended Biden, who had earlier given an address branding the protesters’ forced entry into the Congress building an “insurrection”.

“The strength of US democracy will prevail over extremist individuals,” Borrell said.

Michel said in his tweet that the US Congress was “a temple of democracy” and added: “We trust the US to ensure a peaceful transfer of power to Joe Biden.”