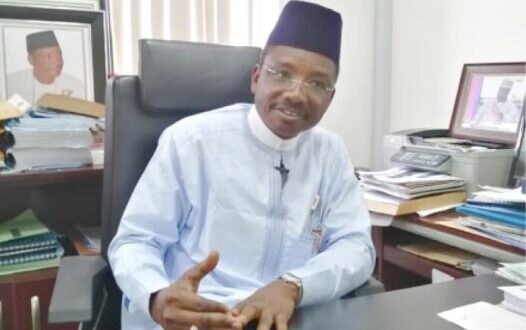 Senate has urged President Muhammadu to reconsider his directive on the removal of Dr Nasir Ladan as Director-General of National Directorate for Employment, NDE.

This followed the adoption of a motion by Sen. Ibrahim Hadejia (APC- Jigawa), at Thursday’s plenary.

Mr Hadejia, speaking under orders 42 and 52 of the Senate rules, said that the National Assembly was concerned about the sudden removal of the director-general.

He, however, noted that it was within the executive powers of the President to appoint and remove any appointee.

Mr Hadejia said that the sudden removal gave room for speculations that some unpatriotic Nigerians were out to undermine the laudable programmes of the Federal Government being carried out by the NDE.

He said that the removal was capable of creating needless and avoidable leadership crisis in the organisation especially the public works programme aimed at addressing unemployment in the country.

According to him, it is in the overriding public interest to reconsider the said presidential directive on the removal to ensure leadership stability in the agency.

Contributing, Sen. Rochas Okorocha (APC-Imo) advised the Senate to apply wisdom in handling the matter given the situation in the country.

“Let us adopt a non-formal method in resolving this issue and not try to create more conflicts among arms of governments,” he said.

President of Senate, Ahmad Lawan in his remarks, said that his understanding of the motion was that the national assembly was in support of NDE programmes.

He said the leadership of NDE, under the sacked director-general had successfully embarked on pilot project of the federal government’s special public works programme in six states.

Mr Lawan said that the sudden change in leadership could affect successful implementation of the programme.