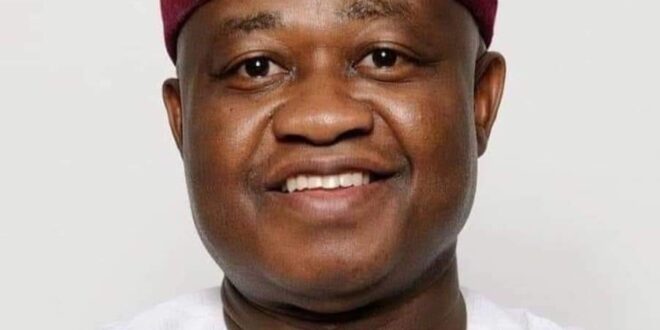 The Publisher of Leadership newspaper, Sam Nda-Isaiah, is dead.

Multiple sources from his family and the newspaper organisation confirmed that he died on Friday “after a very brief illness.”

“Yes, it is true. I was just told now,” a family member told Punch on the telephone on Friday evening.

When asked if he had been sick, the source said, “Yes, but very briefly.”

The late publisher was said to be at his duty post in Abuja on Thursday during the inaugural meeting of National Economy’s Board of Economists at the corporate head office of the media organisation.

Meanwhile, President Muhammadu Buhari has expressed shock and sadness at the death of Publisher of Leadership Newspapers, Sam Nda-Isaiah, a man he describes as “a friend and ally.”

The President condoles with the media fraternity, the Nda-Isaiah family, friends and associates of the deceased, saying “the country has lost a man of conviction, a resolute and dogged believer in a better Nigeria.”

“He will be sorely missed. This is a massive fish gone out of the media ocean,” President Buhari further says of the pharmacist, renowned columnist, and one time presidential aspirant on the platform of the All Progressives Congress (APC)