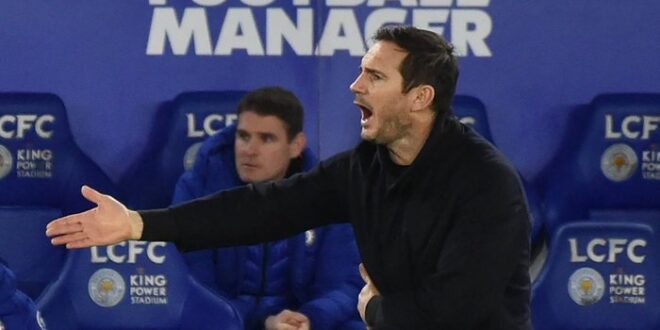 Chelsea Football Club have officially announced they have parted ways with their erstwhile Manager Frank Lampard.

The club, in a statement on their official website on Monday, said the decision to relieve Lampard of his job was a difficult one but it was decided a change is needed now to give the club time to improve performances and results this season.

The Blues won 3-1 and booked their place in the Fifth Round.

In his first season in charge, Lampard actually overshot expectations; finishing in top-four even with the transfer ban then in place against the Blues and also guiding Chelsea to the FA Cup final where he lost to Arsenal.

Reacting to Monday’s sacking of Lampard, Chelsea billionaire owner Roman Abramovich said he still has the utmost respect for the club legend.

He said: “This was a very difficult decision for the Club, not least because I have an excellent personal relationship with Frank and I have the utmost respect for him’.

“He is a man of great integrity and has the highest of work ethics. However, under current circumstances, we believe it is best to change managers.

“On behalf of everyone at the Club, the Board and personally, I would like to thank Frank for his work as Head Coach and wish him every success in the future. He is an important icon of this great club and his status here remains undiminished. He will always be warmly welcomed back at Stamford Bridge.”

Chelsea said they will be making no further comment until such time as a new Head Coach is appointed.

Reports suggest former PSG coach Thomas Tuchel is the top candidate to replace Lampard though a couple of other names are also being brandished.

Previous Crude Oil Prices Rise to Above $52/barrel
Next FDI in Africa Drops by 18% in 2020, Says UNCTAD