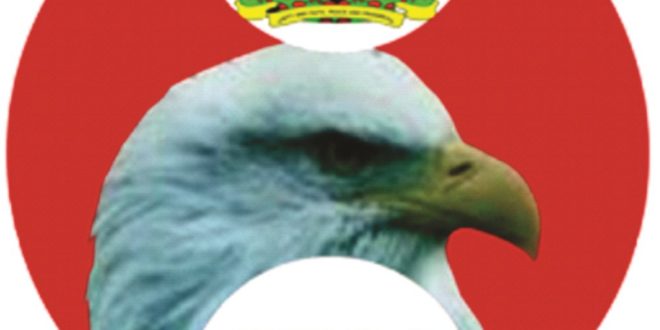 The Federal Executive Council, FEC, on Wednesday approved the establishment of a new agency named “The Proceeds of Crime Recovery and Management Agency.”

The Economic and Financial Crimes Commission, EFCC, which is the flagship anti-corruption agency in the country, manages and sell assets recovery.

Minister of Justice and Attorney General of the Federation, Abubakar Malami, explained that the agency is necessary to manage assets that constitute proceeds of crimes as he pointed out that previous proceeds of crime are scattered in different and multiple agencies.

“The Federal Ministry of Justice presented to Council a memo today. The Council memo is about a Bill which will seeks the approval of the Council to transmit to the National Assembly for passage. It is Proceeds of Crime Recovery and management Agency Bill.

“What happens before now is the proceeds of crime are scattered all over, and mostly in the hands of different and multiple agencies of government inclusive of the police, the DSS, EFCC, and ICPC.

“So, with that kind of arrangement which is ad-hoc, there is no agency of government that is saddled with the responsibility of data generation, an agency that can give you off-head (sic) the number of landed assets, number of immovable assets, the amount in cash that are recovered by the federal government by way of interim forfeiture or final forfeiture.

“So, it is indeed overtime a kind of arrangement that is not uniform and consistent.”

According to him, the new law seeks to move the fight against corruption to the next level.

He added: “Next level of transparency, next level of accountability in essence, will have in place an agency of government that is exclusively responsible for anything proceeds of crime.

“A one-stop shop arrangement by which all the assets that are recovered arising from crimes that are indeed vested in the federal government, you have a one-stop arrangement where you can have an information. As it is for example, the Federal Ministry of Justice is only in a position to account and giving comprehensive account of what recoveries were made by the ministry.

“So, by the bill that is now presented for the consideration of the council, we’ll have a law that establishes an agency, and secondly, an agency.

“And as you rightly know, Mr President has sanctioned ever since he came on board, that there should be a budget line, a budget item for recovered assets.

“So, if you have a budget item for recovered assets, this agency will now be in a position to provide information to the Federal Ministry of Finance, Budget and National Planning on demand as to what amount is available for budget purposes, thereby establishing the desired transparency, the desired accountability which has not been available before now.

When asked whether the bill stemmed from his experience with the suspended chairman of the EFCC, Ibrahim Magu, he said it had been long in planning.

Mr Malami further explained: “Let me take you through the history lane as far as the proceeds of crime bill is concerned. There was an attempt some time back in 2007 to present to the FEC, it was unsuccessful, the bill was not passed.

“So, perhaps to now tie it to a particular institution or particular development of 2020, I think is unfounded taking into consideration the historical antecedents relating to the bill.”

Others include the Miscellaneous Offences Act, Code of Conduct Act, the Nigerian Extractive Industries Transparency Initiative Act, the Freedom of Information Act 2011, the Fiscal Responsibilities Act 2010, as well as the Penal Code Laws of Federation of Nigeria 2004.