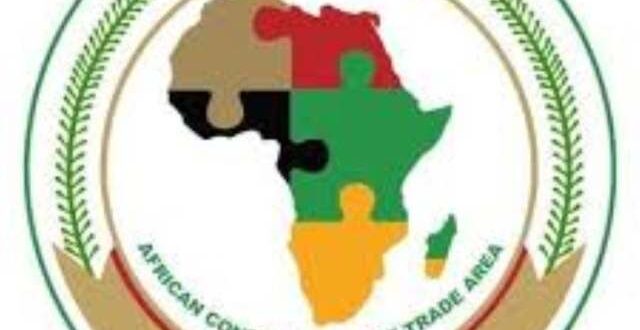 African leaders have expressed hope for economic prosperity under the African Continental Free Trade Area (AfCFTA) as trades started among 34 member countries which had ratified the agreement.

The single African market was declared operationalised on Januray 1, 2021 following the approval by the African Union at a virtual meeting.

For the African Continental Free Trade Area (AfCFTA) to deliver on its promises, the private and public sectors on the continent must work together, said the Executive Secretary of the Economic Commission for Africa (ECA) Ms. Vera Songwe.

At the virtual launch of trading on the AfCFTA, Ms. Songwe said if done properly, AfCFTA “will be the plan that turbo charges investment, innovation and ultimately growth and prosperity for Africa.”

Ms. Songwe was one of the speakers at the event who included three African heads of state and the Secretary General of the AfCFTA Mr. Wamkele Mene, who praised the ECA and other development partners who supported the AfCFTA to see the treaty become a reality. Apart from the ECA, other development partners included the United Nations Conference on Trade and Development (UNCTAD), the UN Development Programme (UNDP) and Afreximbank.

Three heads of state from South Africa, Ghana and Niger also spoke at the ceremony.

President Cyril Ramaphosa of South Africa, the Chairman of the African Union, said while the start of trading represented a milestone for the people, member states should ensure the creation of a conducive environment for the continent’s young people and women to benefit from the opportunities presented by the agreement.

President Mahamadou Issoufou of Niger congratulated African leaders who helped to shape the agreement, saying the commencement of trading was “one of the best new year’s gifts for the whole continent.”

In his own remarks, President Nana Akufo-Addo, whose country is hosting the secretariat, described the launch as an important step towards realizing the goal of continental integration.

According to Mr. Mene, “Today Africa is trading under the AfCFTA; this is Africa’s time.”

With 54 member states signing it of which 34 had ratified, the agreement was a strong signal that Africa was ready to commence trading on the basis of new rules and preferences that would ensure an integrated African market, said Mr. Mene.

The AfCFTA is the largest trading agreement in the world since the creation of the World Trade organization (WTO) with the potential to unite more than 1.2 billion people in a $2.5 trillion economic bloc and usher in a new era of development. It has the potential to generate a range of benefits through supporting trade creation, structural transformation, productive employment and poverty reduction.

The agreement entered into force on 30 May 2019 after the treaty was ratified by 22 countries — the minimum number required under the treaty.

Trading was initially scheduled to start on 1 July 2020, but the COVID-19 pandemic forced the date to be moved forward by six months.

Eritrea is the only country which has yet to make any commitment to the continental body.

The ECA through its African Trade Policy Centre has been working with the AU to deepen Africa’s trade integration through the effective implementation of the agreement by supporting the AfCFTA ratification process through policy advocacy.

The ECA is also assisting the member-states to develop national strategies for the implementation of the AfCFTA in partnership with the AUC, International Trade Centre (ITC), UNCTAD and a selection of independent trade experts with the financial support of the European Union (EU).

Previous Atiku Divest Shares in Intels, Blames Buhari for Misfortune
Next How We Sustained Production of Essential Commodities During Lockdown– Adebayo