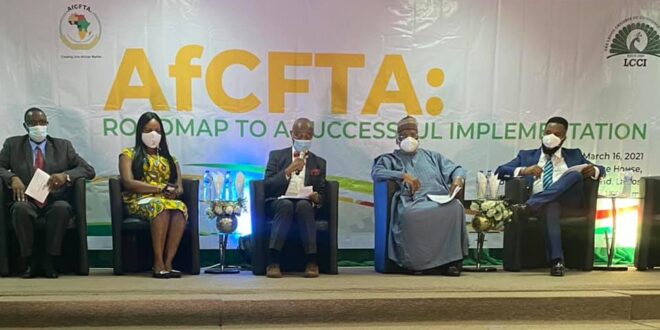 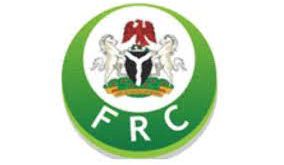 The Minister of Industry, Trade and Investment, Otunba Richard Adeniyi Adebayo said the government has put measures place to protect manufacturing and service sectors of Nigeria against threat and trade manipulations that may stem from the African Continental Free Trade (AfCFTA) Agreement.

According to Adebayo, who is the Chairman of the National Action Committee of the AfCFTA (NAC-AfCFTA), Nigeria will deal decisively with predatory trade practices including smuggling and dumping.

He said the AfCFTA Agreement has a mechanism for monitoring and reducing non-tariff barriers and discriminatory treatment such as those directed against Nigerian businesses in other African countries.

Adebayo made the disclosure in his keynote address on Tuesday at the stakeholders engagement on “AfCFTA: Roadmap to a Successful Implementation” organised in Lagos by the Lagos Chamber of Commerce and Industry (LCCI) in partnership with the AfCFTA.

On short term internal threats, he said the survival of infant industries could be threatened as established industries will be able to scale up operations more easily, noting this will slowly disappear as smaller firms are incentivised to take up this challenge and scale up.

Adebayo, represented by Francis Anatogu, Secretary of the NAC-AfCFTA, advised members of Lagos business community to take advantage of the single continental market, saying the AfCFTA is expected to complement Nigeria’s national development agenda and act as a catalyst for Nigeria’s export diversification, by providing preferential access for Nigeria products and services to the huge African market.

Describing Nigeria’s competitive advantage in the Africa’s single market, Adebayo said: “AfCFTA is interesting because Africa demands finished goods and Nigeria aspires to industrialize and progress beyond export of commodities.

“It also provides immense opportunities for Nigerian companies to expand to Africa especially in financial services, E-commerce, and the digital economy where we have already developed significant domestic capabilities,” said.

Speaking on the opportunities offered by the Agreement, Adebayo noted: “AfCFTA will eliminate tariffs on 90% of tradable goods over 5 years for developing countries and 10 years for least developed countries and customs union like ECOWAS and this will expand market access for Nigeria’s exporters of goods and services which would in turn, catalyse production growth and boost job creation in the Nigerian economy.”

Highlighting Nigeria’s strength in trade and resourcefulness, the Secretary-General of the AfCFTA, Wamkele Mene, said: “Nigeria has a lot to benefit from the AfCFTA in the area of service sector such as ICT, investment, banking and finance and telecommunication.”

While assuring that the Secretariat would protect the member states against fraudulent trade invoices and transshipment of goods and services into the AfCFTA, Mene noted that the road ahead of the implementation of the Agreement is a difficult one but the objectives of industrialising Africa and creating jobs are a worthwhile.

Speaking on the factors that would determine seamless implementation of the Agreement, Acting Chief Trade Negotiator/ Director-General of Nigerian office for Trade Negotiations, Victor Liman, said success or otherwise of the AfCFTA lies on trio factors of effective implementation of the Agreement, enforcement of the rules and compliance with the rules of origin.

Earlier, in her opening remarks, The President, Council of LCCI, Mrs. Toki Mabogunje said the meeting was imperative to sensitise members of Lagos business community as they still lack Clare understanding of value addition inherent in the AfCFTA.

Speaking, Dean of Lagos Business School, Professor Chris Ogbechie, said the AfCFTA is not the first single continental market in the world but it is the largest and African countries must trade among themselves in order to achieve industrialisation, peace and economic prosperity on the continent.

According to Professor Ogbechie who was the panel moderator, Nigeria has largest population on the continent, large arable land for farming and digital innovators and entrepreneurs, saying all these are exportable resources to other parts of Africa.

While urging the government to keep educating the private sector players on the Rules of Origin, the President of the Manufacturers Association of Nigeria (MAN), Engr Mansur Ahmad said, MSMEs must work hard to improve their production capacity and quality to be able to participate effectively in the AfCFTA.